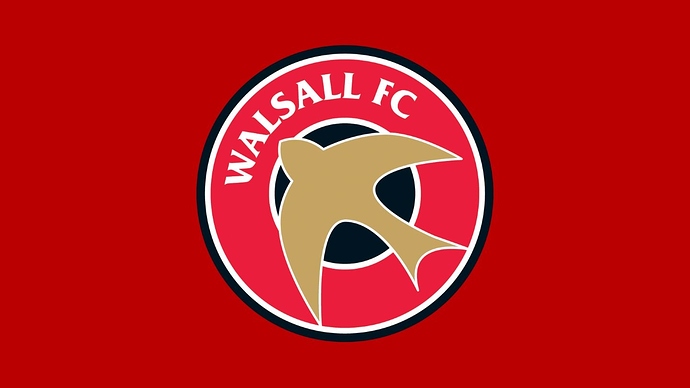 Walsall Football Club can today confirm our released and retained list following the curtailment of the 2019-20 season.

Not too many surprises, Facey perhaps. Shame for Kory.

I think that’s fair enough to be honest.

Surprised Guthrie has been offered a new contract given that he’s probably one of the highest earners and has had a poor injury record - he is quality when he does play though.

Good news re the extension for Adebayo.

I would have liked to have seen Kory play another season after having a full pre season. Fair list though

Gutted for Kory tho

Good move on Saddler tho

Facey was coming on well …

Pity about pring and holden

I imagine that Guthrie has been offered a deal which suits the club’s budget. He still offers value at the right deal and probably won’t need to play every week.

I’m happy with the decision as with his experience, he will add as much off the pitch as on it with respect to mentoring and supporting the youngsters.

Why didnt he go into a player coach role like Saddler then which is good move by the club.

Generally happy with that list. Sad for Kory and I hope he gets fixed up somewhere.

Guthrie is a class above if we get a run of games out of him, hopefully the extended break has allowed his body to heal and strengthen.

I thought Sheron would be loan turned to permanent after this season, but it looks like it was only loan. Not important probably, there is some cover in the middle. Kory, well, probably injury killed his promising career. Really sad moment. I really hope he will find some joy somewhere. But I’m happy that Elijah will stay. He just needed time to settle. And generally speaking, squad looks good. Of course it needs some additions, but it is ok I think. I suppose I seen worse.

I still think we can get 25 + games / sub appearances out of him next season.

They automatically return to their parent club at the end of their loan period - we can’t stop that. Doesn’t mean to say that we won’t try and bring them back here again though - either on another loan, or (hopefully) a permanent deal.

Depends on what plans Brizzle have for them with regards to their first team, and then to their own ambitions if City think they are surplus to requirements and let them leave (and whether any fee would be involved in that leaving).

Unusual for us but we have already have a team for next season.

We only need a reserve keeper and we’re fit to go.

Now that we know who we have left (depending on those being offered contracts signing them - and none of the contracted players being the subject of a transfer bid), what areas do we need to strengthen and who would you bring in?

I had totally forgotten about Liddle !!

Really sad and upset for Kory. Thought the lad was class and looked really good in the 2018 pre-season games up until Stoke nobbled him. I would have hoped that they might have given him another short term contract to try and prove his fitness, but may be he has never really fully recovered from the double fracture to his leg.
Surprised about Guthrie, just hope it’s a pay as you play deal. No doubt that he has still got some class about him, but too slow and injury prone.

Not surprised about the rest. Disappointed that Hardy didn’t work out, but I think we all knew that it was a risk when we signed him. But now we have Jack Nolan I dont think he would have had much of a chance.

Would love to see both Pring and Holden here again next season. I think Holden is out of contract this summer but would have thought other clubs would have been after him as well.

In a better position with the squad this year for the start of the season than last. Be interested to now see what Daryll can cunjure up in the transfer market. Think we will need 6 or 7 players with a bitmore quality to push for promotion next year. As Mr Pompett says he wants promotion next season I assume that he will be prepared to back him?

Cant wait to finally get back down the Bezza to watch the lads, whenever that will be​:confounded:

So I’d expect a 1st choice left back + 1st choice creative midfield.
The rest will be squad players.

Back up keeper, for sure.

I wouldn’t be overly surprised if we went with what we have on the right & centre of defence- Clarke & Norman to contest RB, with an expectation that Jules & Leak’s respective involvement will step a level. I genuinely think, like most clubs, we’ll be looking to get more mileage out of a smaller collective, in the short term at least.

Any central midfielder, I’d expect to see Holden or a Holden-alike- a single player to replace he & Hardy… not expecting any variation of deeper midfielder- given the 4 we have (including Guthrie)- that would block Perry & Willis’ route to the bench. Signing Sheron was a waste of everyone’s time, in that regard.

A winger, for the reasons you describe (although, for Nolan, see Jules/Leak), and very possibly a fourth forward (hopefully DC is given a detailed epitaph for Candlin’s WFC career as 'How Not To Handle Luke Pearce"), & our summer business likely maxes out at four, or five if you include a left back. And I’m fine with that, given the mix of circumstances.

Appropros of nothing, but we’ve never technically confirmed that Maz Kouhyar and Adam Chambers have left the club (although it’s blatantly obvious that they have).