Sad to hear of the passing of one eyed big baz. One of The original Zulu boys

Had. many a good night with him in the old mackedown pub, in kitts green but he was always. Ok. Knowing I was a Walsall fan And. Spoke highly of migsar And had a respect for Walsall fans despite going toe to toe with them. On a few occasions.

Not just a football hooligan, but a campaigner for homeless and against knife crime
RIP Baz. 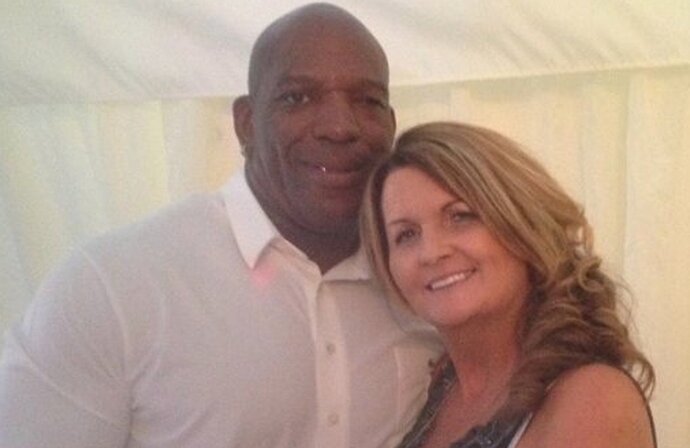 The former football hooligan turned community campaigner, known as One Eyed Baz, has died after suffering a heart attack

Was a great bloke.mate. And as you say. Did so much good work. For others

Funny story in regards to the Zulu Warriors
Quite a few years ago some friends of my in laws, who’s son had been playing for the Villa for some 5-6 years, threw their season tickets in the bin in disgust after they let their son go.
So seeing an opportunity i got him to retrieve them for me.
I had always wanted to experience the atmosphere of a Blues Villa derby.

So off i trundle with my nephews to watch the game, and as we came out after the final whistle, we were confronted with about 50 lads, all hooded up shouting “ZULU ZULU ZULU”
As they came toward us i rolled up my sleeve to reveal one of Stan’s finest swifts and i said to a couple of the lads " I am a Saddler mate, and If you think that i am going to get a beating in the name of these wankers then you can think again"

Suprised it looks like a swift if Stan done it lol

I think the “WALSALL FC” underneath helped

Probably mate, the studio was above the book store opposite the entrance to the saddlers centre and the old tavern in the town, his daughter took over i think after he either retired or passed away?

Wasn’t it over the top of Sundown Records , and wasn’t she as bad as her Dad …

I can’t remember sundown? i remember a clothes store because i bought my first pair of Karmen Ghia jeans from there but tattooing badly certainly ran in the family

You’ve gone down a notch in my estimation, Chunks. How can anyone not remember the mecca that was Sundown Records???

Use to spend ages in there on a Saturday morning

Because we had our own mecca called Range records in Brownhills

Does that mean you have “LOVE” and “HAKE” on your knuckles?

He tattoed his own butt cheeks using the mirror. It says ‘retsknuhc’

Reminds me of the dingle that tattooed WW on his butt checks.
Thought he’d done a great job until he bent over and it spelt WOW

Or did a handstand and it spelt MOM.

I also met him a few times. Kitts Green, Stechford, Bordesely Green was my manor growing up. My uncle - another Barrington, ran the door at the Bordesely pub another regular haunt of the Zulus.

It’s hard to explain the Zulu phenomenon to people who don’t know that area. The National Front had a decent stranglehold in the late 70’s, regularly marched and like at most football grounds got a bit of a stranglehold at St Andrews. But then came 2Tone from just down the road in Coventry, black and white lads started running together and the local old bill at Stechford nick hated it. The big black and Irish communities had become fair game with the blessing of the local white English community. But that all changed and it manifested most notably through the emergence of the Zulus. Certainly not all angels fighting for racial equality and justice but people like Baz, Wally and Cud became legends and role models. Sounds odd for a hooligan firm but locally people felt safer with these guys around. It transcended football. More an attitude and outlook. My own vehement anti racist stance found across these pages comes from that time and that place. An awakening in me that led to a realisation that together we are stronger. Form the line, black and white, trust your mates either side of you and believe in yourselves no matter how much others try to create and exploit gaps between you.

It made me smile last year when in amongst all the statue defending, Football Ladz Alliance (I can’t believe it’s not the EDL) and BLM backlash, there was Baz and Wally mobilising the usual faces for one last meet. And rather than fetishising over “back in the day” hooliganism I’d like to remember Baz as a surprisingly vulnerable giant, at the front of this March having made a positive difference to a lot of lives. 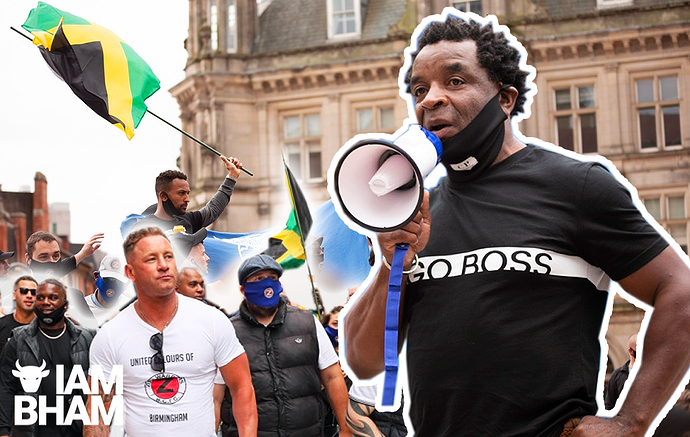 Hundreds of Birmingham City football fans march together against racism | I...

Hundreds of Birmingham City football fans marched through their home city this afternoon to stand against racism, in response to scenes of far-right violen

Did you ever use smother pub. Mate called the
Mazeper. I think. It was

Another blues stronghold. Alongside the king hurst
Had some great times in those places And as said. Even tho they new. I was a Walsall fan. They welcomed me into there. Circle