(Traditional song by Charles Collins,
*composed in 1911 and recorded by numerous *
performers including Peter Sellers in 1957)

We welcome Neil Cox’s team to Bescot as we look to resume our recent good form, hoping that the Salford City game was just a “blip”. Scunthorpe are having a difficult season, currently in 20th place and nervously looking over their shoulder at a resurgent Southend United (DWWDW). It’s indicative of how inconsistent this League 2 can be when you consider that both bottom two sides (Stevenage and Southend Utd) have better current form than top-of-the-table Newport County!

Speaking of current form, the Iron’s looks like this:-

Scunthorpe have a proud history of producing footballers who went on to grace bigger stages - just think Kevin Keegan, Ray Clemence, Neil Cox (current manager), Ian Botham, and Richard Money (wonder what happened to him?). There are others who have featured for both clubs, including:-

Darrell Clarke may well have tinkering forced upon him for this game. The recent injuries to Zak Jules and Rory Holden have certainly had an impact, and that’s on top of the longer term absentees George Nurse and Callum Cockerill-Mollett. Although Wes McDonald played at Salford he seemed to be below par - possibly the pre-match rumours of injury were true, although it looks more likely that Salford had done their homework on him and decided to concentrate on snuffing out his threat. Danny Guthrie’s footballing brain appears to be somewhat ahead of his physical ability to keep pace, etc. etc…

Prediction? With the three teams immediately above us having away fixtures on Tuesday this game gives us the opportunity to occupy a place in the play-off zone rather than being in the chasing pack, and looking at Scunthorpe’s form this really should be a home win. Something like 2-0 would be very welcome - Elijah and Scrimaldo (this might be his last game for us) to score.

Had a look at Scunny 11 that lost to Mansfield and it looks really poor particularly upfront so they could be another former league 1 regular who’ll do a stint in non league before too long.

They also used to come to Bescot and win 4-1 but think last two visits have been defeats.

Should be winning this 2-1 Scrimaldo at the double!!!

It will be scrappy and tough.We might just squeeze home 1-0.

Should be winning this 2-1 Scrimaldo at the double!!!

Any views on whether this will get cancelled?

Because of the weather? Walsall have an extraordinary record of getting games on over the years. I’d be surprised if it is cancelled. Unless there is some covid related issue I don’t know about.

Should go ahead. Snow will have disappeared by then if forecast is correct.Temperatures about zero so not pleasant but playable.

There is another snow “warning” for tomorrow but I seriously doubt it will trouble the game.

Get the state of the art oversoil heating out 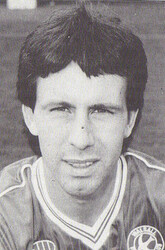 How embarrassing that used to be, about as effective as a couple of candles, Bonser and his cost cutting initiative.

They were probably powered by candles

Not sure how you come to that conclusion to be honest. I bet there aren’t many teams outside the Premier League or at least without a Premier League set up that have a better record of getting games on that we have.

Im gona be optimistic… 3-0… Eli, JG and a late one from Scrimaldo… Clean sheet please Santa!! 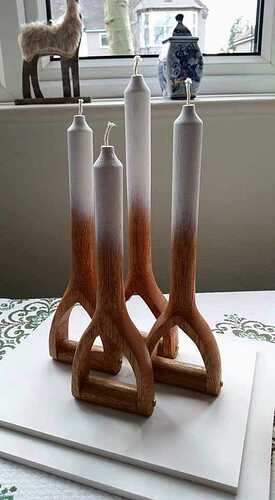