Hi all hope everyone and their families are keeping well.
Obviously with season tickets not going on sale yet I read a while back about an idea someone had come up with and thought I’d share again, I’ll be sure a few season ticket holders have had enough with the last few years and may well choose to attend certain games as opposed to buying a ticket, maybe the club could come up with an incentive an example being failure to make top half 50% of cost back, failure to make play offs 25% etc etc I’m sure you get my point.
This will show the seriousness on clubs part of getting promoted, maybe the refunds can be given in vouchers towards next years ticket or even club shop.
What are other people’s views on this ?

So what your saying if we finish 13th next season, we should fine the club 200 - 300k. Sounds like an excellent idea I’m sure the the club would be up for that.

That was me who suggested a tiered refunding programme on the Dutton out thread. It was more tongue in cheek in response to the thought of Dutton getting the gig full time and the view from some that he (and Pomlett) to an extent can come out with any old crap, such as we can make the top 7 and if we don’t I will have failed, yet not be held accountable because, you know, what else do you expect them to say!

I think they should start with something compelling for those who left their money in. But in a way that gave some choice.

I think I’m talking about a “book price” and a “floor price”. So say we offered a floor that is 25% cheaper than the book price. For renewers that means that say where I sit I have a book price of £340 and a floor price of £255. Basically I can pay anything I like from £255 upwards.

I think we have just under 2,000 who left their dosh in. Lots will be concessions so at an average £50 the financial “risk” to WFC would be around £100k. Not immaterial but not huge in context. Then, not everybody would go to the floor and some folk may even pay above book price (which is essentially what some of us did this season through buying ifollow and donating to Robs page) so say that on average folk only took half of that opportunity, the risk becomes £50k. Then say the incentive persuades 150 people to renew who wouldn’t have otherwise then you’re down to around £20k.

Still potentially losing cash on it but a reward and recognition for people who left money in and over the years the club will get back manyfold.

Then from the base of having rewarded those who left cash in, you can then look at similar incentives for others both through ST and pay on the day options. I’ve always felt we would be ripe for a “pay what you can afford” (min £1) day. And I’ve always felt that ST’s are bit binary and a little old fashioned for many. Why not issue books of ten or five? Not necessarily for specific matches just ten vouchers that can be redeemed through the season. Far more flexible and far cheaper thus enabling them as gift options within the reach of many more people. The “not transferable” bumpf is also very out of date and has never been adhered to. Why not officially allow multi person Season Tickets in the name of a collective? For example Homeserve might buy ten that are in the name of Homeserve that can be shared amongst staff or offered as one off rewards. Same for junior football teams, mosques etc.

There are loads of things that could be done.

Sounds like a decent idea but the problem is our club aren’t even capable of keeping an online club shop open so what chance they got of implementing such a system with any success?

Talking of this, my partner’s family are Vale season ticket holders and last weekend they held an open day for all supporters but especially those who left their money in.

They all had a welcome pack with a scarf and a few other bits and pieces aswell as being able to meet the manager/players on the day. The upshot was that supporters were able to buy their season tickets for next season aswell and by the look of things they’ve done pretty well out of it.

Once again, we really don’t have to look far for inspiration… 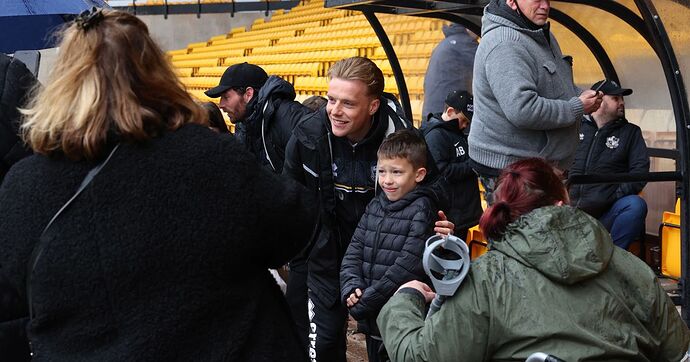 Port Vale fans have returned to Vale Park over this weekend

Why not issue books of ten or five? Not necessarily for specific matches just ten vouchers that can be redeemed through the season.

That’s a great suggestion, P.T.
My old man can no longer sit in the cold during the winter months & misses out on quite a few games, so we stopped having season tickets a few years ago. However, this would be right up his street, especially if they were discounted for OAP’s!
The only issue would be the allocation of seating. I can’t imagine that the club would be happy to block seats for a whole season when they might only be filled for 10 matches, though there will be plenty to go round in L2.

There would have to be a major clear out from top to bottom for anything as forward thinking of that to happen, so i won’t hold my breath.
We have no chance with Randolph and Mortimer duke mentality 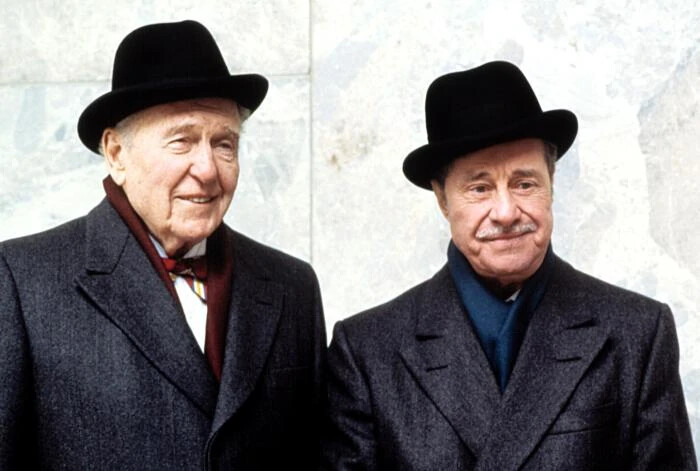 The same vale that had the balls to do a fans forum on the back of 5 straight losses not wait like we have.

Get rid of Brian spend some money on playing staff that can produce/entertain, playoff/automatic promotion promises and I’ll buy 2

I don’t think you could save seats so the vouchers would be in lieu of cash or credit/debit card so seats would be allocated as though you’d made a single game purchase.

So you could buy your dad a book of five matches for £65 for his birthday (middle tier thus effectively a free game). What he would need to do is essentially “buy” five tickets as though his voucher were cash or a credit/be it card. Therefore he wouldn’t be presenting a voucher at the turnstile for his usual seat. Rather he exchanges his voucher for a ticket.

Therefore the “benefits” of a book of vouchers are a watered down version of the ST. You save money (just not as much), are guaranteed a seat (just not the same seat) and you leap above pay on day customers in the event of any prioritisation matches.

Of course vouchers are a bit old school. The new card system could perhaps enable credits that could be spent in the same way.

Well I hope it is better than the other ‘reward’ for leaving your money in - a special shirt that we had to pay even more money to get. Needless to say my son and I didn’t bother. That should have been free to us as a gesture of good will.

What I’m Saying is maybe the club should show the same passion and ambition as the fans do, plenty of us left cash in to help club out, let’s not forget they were awarded a grant they never budgeted for.
We’ll be same as the rest of the hardcore and purchase our 7 regardless but maybe there’s fans sitting on the edge and an incentive of some sort may just swing it, if the club appoint the right manager and sign a few handy players top 10 finish should be more than capable.

I like you, will be buying a season ticket irrespective of circumstances and I hope the club get on and make them available as soon as they have clarity in terms of what they can plan for, post covid-restrictions.
I agree that the club need to work out ways of making it easier/more convenient to get to matches and provide an incentive to people to make a commitment.

If I see the phrase ‘early bird ticket scheme’ anywhere in the season ticket marketing paraphernalia then I will tear my hair out. That will be the very first red flag that nothing ahead is likely to change.

It will be very interesting to see. First test.

For me, the Early Bird incentive is that it’s cheaper than buying later. Serves the interest of the club and the buyer.
Hopefully, the upgrades in the supporter experience will happen irrespective of whether people purchase season tickets or not.