Please refrain from talking complete sense , it will make no sense to some people !

Not sure about “no injuries” - Shade went off after being unable to run off a knock, and Osadebe was also limping and stretching various bits of himself (he was of course the victim of the red card challenge).

For those asking where to see the challenge again, on the OS under iFollow there are highlights, extended highlights (which actually show less of our attempts and more of Brighton’s

), and the full match replay. As @hkpete says, you may have to be registered but you can choose the free membership option (all 3 seem to be available under that). 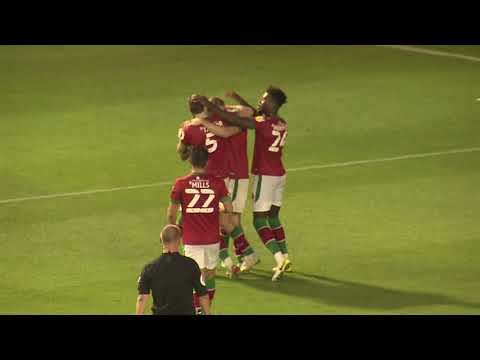 Beat me by five minutes.

Shade went off after being unable to run off a knock,

Did he? I thought it was a routine sub, but fair play that’s a blow if he has indeed picked up a knock as we’re still light in attacking areas.

He went down off the pitch so no stop in play while he was treated. Came back on but a bit gingerly and replaced less than 5 minutes later by Perry (Osadebe taking his place out wide).

Please stop insulting me by doubting the credentials of both my common sense and intelligence. You’ve done it twice now.

Feel free to DM me as I’ve said to other posters. Always available to hear these words said to me in person. You’ll most likely decline. I know.

It’s a shame they don’t upload the extended highlights. May be a bit cheeky but I’ve ripped it to here if anyone is interested - Walsall vs Brighton and Hove Albion U21 - YouTube

It took them long enough to upload the short highlights to YouTube.

Both the short and extended versions were available at saddlers.co.uk not long after the game last night. You can access the videos with a free ‘basic pass’, I believe.

At least that was the case last season.

I have an audio pass at the moment, which gives me access to the videos. (Cancelled after last night’s mined commentary.)

It’s a public forum , no need to DM I’ve nothing to hide , I haven’t insulted your intelligence , and as far as credentials go I have no idea what your talking about

Yes, agree with that.

Last season, with a free basic pass, I sometimes did not bother getting up in the middle of the night for midweek games (2.45 am to 4.45 am at the current time difference) but watched the replay over breakfast.

Had to avoid looking at UTS, though.

He went down off the pitch so no stop in play while he was treated.

Yes, he did but it looked a bit like cramp the way he was stretching his leg.

Before the special arrangements for the behind closed door games last season, the iFollow short highlights was available the same day as the game but you had to wait around 24 hours for the extended version. The strange thing being that the shorter one was only available to those with paid packages but the extended one you could access with the free basic membership.

And I think the full games were only visible to those who had actually purchased a video pass to watch the game streamed in real time? But if they are now all free to all, then if you can avoid learning the score why would you pay to watch live (especially those abroad like yourself where locally it’s the middle of the night)?

Not sure what the crack was with the different videos going onto YouTube but wouldn’t expect all 3 if they are already on the OS.

BTW As I say, the shorter highlights of last night games show more of our chances than the extended version does (which makes it look like we were being battered for the full 90 minutes) - and neither of them shows the one actual save that Rose had to make (and the scramble after it to get the loose ball clear).

I thought that to start with as he was stretching his ankle/calf but he didn’t look comfortable when he rejoined play. Perhaps precautionary to avoid straining something?

Let’s hope so. Mind you, I feel pretty uncomfortable afterwards if I get cramp.

I can deal with the cramp it’s the carpet burns whoops wrong conversation.