So here is the big one for many…

Tuesday night under the lights in Burslem, as we make the relatively short trip up the M6 / A500 to take on Port Vale. 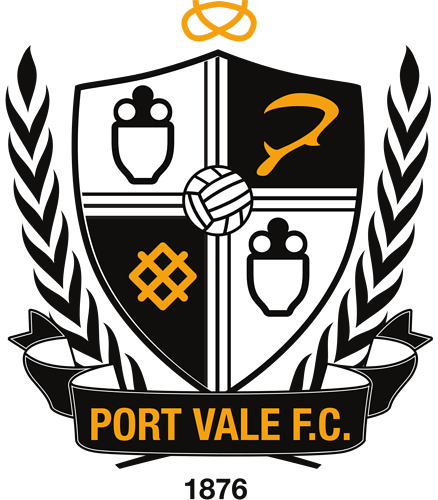 The Valiants find themselves sitting 3rd in League Two, currently in the automatic promotion places, after accumulating 29 points in their 17 league games thus far. They are 8 points ahead of us going into the tie, and 5 points off top spot.

Port Vale are managed by Darrell Clarke, who just in case you’d been hibernating for a while, is the previous Saddlers manager that many of our fans have a big disliking for. He has been in charge of Vale since 15th February 2021, when he took up post after leaving us, and so far hasn’t done too bad a job for them, with automatic promotion surely being the goal for them this season. His current record as manager for them reads as P40, W19, D9, L12. 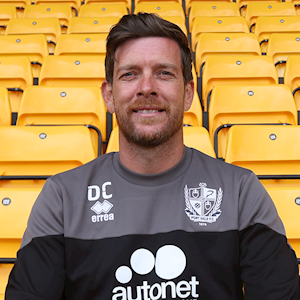 One other former Saddler awaits for us too, with Mal Benning having signed a one-year deal with Vale in the summer.

As with any Darrell Clarke team, I’m not about to guess who is playing and who isn’t for them, but I can be sure that James Wilson will be missing through injury for them as he recently sustained a broken foot!

Moving on to the Saddlers now and we head into this derby on the back of a rather uninspiring 0-0 draw vs Rochdale on Saturday.

The Rochdale game saw us making the same poor decisions as in many games this season, with one of the most annoying being our tendency to overplay the ball in the final third where we actually have the option to cross the ball in, or god forbid, take a shot at goal. Goals win games, and if we are going to get anywhere this season we need to start taking a few more shots when the opportunity presents itself.

Selection wise, providing nothing happens tomorrow, we know that both Conor Wilkinson and Liam Kinsella are back with the team and available to play, whilst Hayden White is back available for selection following a suspension that kept him out of our previous game. That means that Rory Holden and Zak Mills are the only players still missing for us.

With the aforementioned news that Hayden White is back available for selection, it will be interesting to see what Matt Taylor does on Tuesday. Personally I would like to see him reinstated at RB, with Otis Khan (who deserved his MOTM on Saturday) moving from there into the CAM role, leaving Emmanuel Osadebe having to be content with a place on the bench. The other option would be to move Jack Earing into the CAM role, bring LIam Kinsella back in, and leave either White or Khan on the bench, with one of them being the RB. Other changes that could be make include Brendan Kiernan coming in for Tyrese Shade after a promising cameo on Saturday.

What are your thoughts? Happy with a point or will only all three do?

If you’re going, have a safe trip and I’ll see you all there.

For a Vale view of the game head over to One Vale Fan forum, or follow the link here - Match Thread: Port Vale v Walsall - Port Vale present - onevalefan.co.uk

I’ve gone for a vale win,think they’ll be to strong for us on this occasion.Still looking forward to it though.

That means that Rory Holden is the only player still missing for us.

How could you forget Zak Mills?

More of a local (ish) one than a big one.

Our performances have dropped off quite a lot in the last few weeks and unfortunately I can’t see us improving the required amount to avoid a defeat on Tuesday. I think it’s fair to say Vale are further along in their ‘refresh’ and seem to have put together a squad that is one of the strongest in the League.

We do have a great record there in the recent years though and the travelling support could add an extra dimension.

In terms of our team, I think we need to look at a midfield three of Kinsella, Labadie and Earing and then I’d be tempted by Kiernan, Miller and Wilkinson up front. Given Ward’s lack of pace and recent struggles we could do with a bit more cover down that side and Kiernan can provide that.

As much as we hope our players will be well up for this, I’m sure Clarke will have them exactly the same!

I don’t think the Manager will risk Kinsella in view of his comments after the game Saturday.I would play Khan on the right in front of white and Kiernan in front of Ward and tell Wilkinson to get up in support of Miller. Anyway I have gone for a draw…we have a great record at Vale which I think will continue although currently they are slightly better than us.

Simply can’t fathom how anyone can’t see that this is going to finish Port Vale 1 Walsall 4. Bizarre .

Think we are due a Tonkin tbh 4-1 port vale

I think vale will get 2 so lump on

You might be right about the 2nd . Lumpeth oneth .

Still ummin an arrin whether or not to goo or watch it in the warm .

??? Erm get yourself there!

Interesting link posted on the Vale forum above:

Shines a bit of a light on Clarke’s personality. Not much said about Walsall, understandably, other than this nugget:

I don’t want to manage a team that stands still and this was my biggest frustration at Bristol Rovers is we were standing still as a club. I sold nearly £2 million worth of goals out of the team. Then you become a sitting duck. At Walsall the club sold £800,000 worth of player replaced with £40,000. I’m begging for free loans.

Think 4411 would be worth ago with with khan behind miller. Midfield of Wilkinson labidie earing kieran.

Leave kinsella on bench as a secret weapon.

1500 plus saddlers there can’t wait . Take a point now but a win would be amazing.

They say form goes out the window with local derby, I just hope our lot turn up and play to their maximum ability because if not I can see nothing but a defeat.
As already suggested by few on here I’d bring Haydn White back in and put Khan in the No 10 and demote Osadebe to the bench, I’d be happy with an early goal for us and let the crowd get on their back, MT should be telling them (remember nearly all of them are relatively new Walsall players) that they could become forever heroes winning at Vale Park, this game is the first fixture many of us looked for.
I’d snatch your hands off for a draw thou, but forever the optimist I’m going 1-0 smash and grab.

Anyone would think these coonts are walking away with the league. They lost to Oldham yesterday ffs.

How about a bit of confidence and optimism

Edit- the poll is more optimistic than some of the comments