This weekend, The Poundland Bescot Stadium welcomes Rochdale as we seek to make it back to back wins at home in 4 days!

Rochdale visit us sitting just above the dreaded drop into non-league, situated 22nd in League Two after near-enough a third of the league campaign has elapsed.

Managed by ex-Morecambe and ex-AFC Fylde manager, Jim Bentley, they started the league campaign by going winless for the first nine fixtures, but in more recent times they have picked up and found themselves picking up three league wins so far.

Their squad contains a couple of players with a Walsall FC connection in goalkeeper Richard O’Donnell, who played at Wembley for us in the then JPT Final, and striker Devante Rodney who for some reason we signed last January whilst he was injured, but then proceeded to contribute the square root of f**k all when he was back in the squad. It’s not all bad news for Dave though, as he has scored 3 league goals in 15 league appearances so far this season. He would love to stick one or two past us as well, undoubtedly. 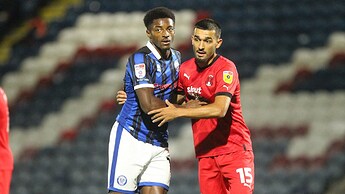 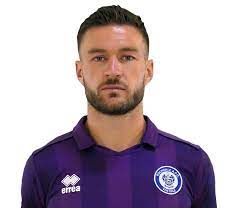 Other players in their squad of note are another striker in Scott Quigley, who has 4 goals in 7 games, and midfield general Toumani Diagouraga who signed on a free from Morecambe in the summer.

The last six fixtures The Dale have played have finished as follows:

Onto The Saddlers now, and following a resounding 3-1 victory over Harrogate Town in midweek, gaffer Michael Flynn may have just found his best XI based on the players he has available, by default, as the suspension of Brandon Comley forced him into playing a more attacking option alongside Liam Kinsella which resulted in the best performance we’ve seen for many a game.

Team selection will be interesting for this game, as the aforementioned Comley is back from suspension. Will MF fall to temptation and stick him back in? Will we see the same starting XI? Personally I hope it’s the latter.

One player who should be guaranteed a starting spot after his performance and goal on Tuesday is Liam Gordon who, although early days, looks to be a class above other options we have at LWB, and is starting to show why the boss wanted him in his squad. 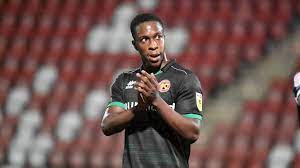 down the ground with a fair few away fans making the trip to make a bit more of an atmosphere, following a literal coach-load only from Harrogate.

This game for me is an opportunity to push on and start climbing the league after many false dawns over the past few seasons. Keep the momentum going, keep the same starting XI (bar injuries occurring), and keep playing as we did in midweek. Do that, and I think we will take the three points with relative ease. This is Walsall though…

How many of you are attending? Have you managed to entice anyone else along using the ticket link-up offer?

Thank you and good night.

Question for any issa member. Member myself but would a house trained Dale fan, in colours, be welcome in the railway club pre game?

We will beat these mugs

We have only beaten them once in their last 10 visits!! Time for a change 2-0 Walsall .

We have Flynn at the helm, this is how it will be.

I think Flynn’s natural caution will mean he will be desperate to get Comley back in alongside Kinsella if he can, but it must be tempting to keep the starting 11 particularly given its another home game and with respect the quality of the opposition.

Hoping for a big improvement on the 4,300 audience last night as we aim for 4 consecutive home wins but the England rugby game on TC might put a few off and I doubt Rochdale will bring a particularly large gate with them.

Thought 4300 was a very good crowd last night considering the opposition and there 50 fans . Just a few years ago this game with some of the football we have endured so far would have attracted just over 3 k

I doubt Rochdale will bring a particularly large gate with them

I’d be very surprised if any of them did.

Bentley has them playing with total commitment and Henderson had his best game for them, since his return from Salford, on Tuesday Night, so I’m told.

Will be a harder game than Harrogate imo but Flynn needs to concentrate on our team and not the opposition if we are to get 3 points as our confidence should be on the up. Which we need to build on .

That bodes well then

This will be tougher than Harrogate. Rochdale will be more difficult to beat. They seem to be compact and organised and have one or two players who can influence a game. Henderson is back and has been a talisman for them for ever.
I have seen us beat Rochdale several times but despite this the 2 games I remember are a 4 - 1 home defeat in 1969 and the 1 - 1 draw thanks to a late equaliser from Scott Dann in 2007. It’s Halloween so time to exorcise some deamons! 3 - 1 to the Saddlers

Bastard always scores against us

I’m away this weekend so will miss this one - plus, I can’t even remember seeing us win against these.
Nailed on win then…………

would a house trained Dale fan, in colours, be welcome in the railway club pre game?

If he gets a round in

would a house trained Dale fan, in colours, be welcome in the railway club

Just make him aware of the dress code… 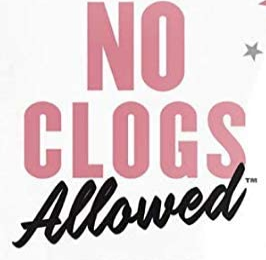