Happy New Year to all Saddlers as we host Mansfield Town in the first game of 2023!

Managed by Nigel Clough, who always seems to have a very dodgy patch with them and then gets them going well just in time to avoid the tin tack. This season so far he has led them to 11 league wins in the 23 league games they’ve played, but they are just as good at scoring (32 goals scored) as they are at letting them in (29 goals conceded) so there’s always a chance for us to grab a goal and see where we go.

Heading into this fixture, The Stags have a little bit of an injury crisis on their hands if you can take Clough at face value, as FIVE players limped off or sustained injury in their last fixture against Hartlepool United. If this is 100% truth then Ollie Clarke, George Maris, Kieran Wallace, Lucas Akins & Riley Harbottle are all doubtful, which might be a blessing for The Saddlers. 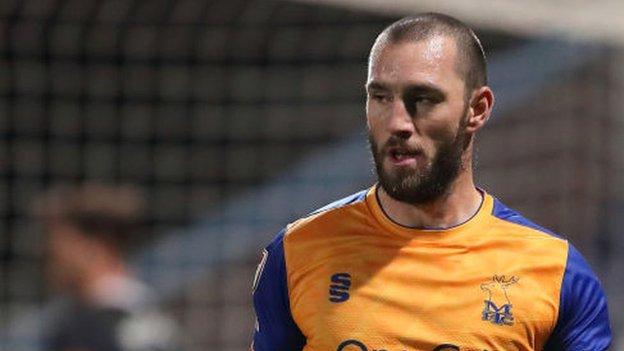 If all five of the above named players miss out then the visitors could be struggling to make quality replacements, but one player who I’ve always liked is midfielder John-Joe O’Toole who has made 13 appearances for them so far this season.

Two of their last few fixtures have been cup games, so if we just look at Mansfield’s last five league games, they have had the following results:

Onto The Saddlers and we head into this game after suffering our first defeat in ten games last time out against a decent Stockport County team, so it will be interesting to see how we respond to that in this fixture. They always say it’s always about how you react to a loss, so here’s the chance to showcase what we are really about this season.

We know that the team that starts the fixture won’t be the same this time out as firstly the aforementioned Danny Johnson is ineligible to play as he is on loan from the visitors, and secondly the much-loved Liam Bennett has sadly, but not unexpectedly, been recalled from his loan by parent club Cambridge United after having a great first half of the season in a red shirt. 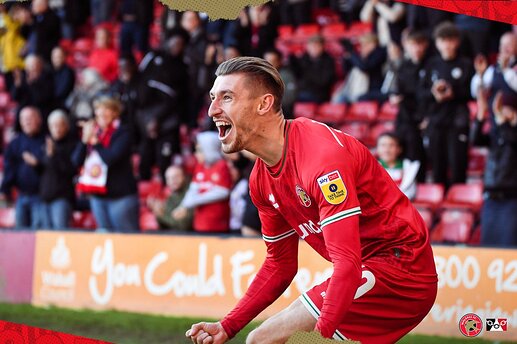 With top scorer DJ not available to us, three potential options in the striker role are Douglas James-Taylor, Tom Knowles and Conor Wilkinson. Who would you use out of those three as the striker? If Wilko starts then you can be sure he won’t be seeing the full 90 minutes out. Knowles can play there, but will he instead make the switch to RWB? DJT for me doesn’t deserve the start at all at the moment. What are your thoughts?

Of course, with the turn of a new year comes the January Transfer Window, so keep your eyes peeled on the club’s socials as hopefully Messrs. Boycott, Polk, et. al have a few tricks up their sleeve to get us cooking towards the play-offs!

How many of you are attending tomorrow? Is anyone going to shy off because of a few too many sherbets? I’m missing the game most likely as I’ll be in Cymru tonight and won’t leave early enough to make it back

. Fingers crossed that @KingCrod can make it, but I’m unsure if his period of mourning over his mate Pele is over. Hopefully he makes it.

What are your predictions for the game? I think it is going to be scrappy and bitty, and probably a bit ugly to watch, but, I do feel we can go and get maximum points here. It would be a great start to 2023 if we do!

My thanks to @RobHarv3y … his previews are a class above anything that I used to prepare!

To those who have the occasional light-hearted moan about “when are we having the preview then?”, there’s a simple answer - if you think you can do any better then have a go. I can assure you that it ain’t as easy as it looks.

I’m hoping that the enforced squad changes gives someone a chance to stake his claim.

For example, Andy Williams or DJT could play 60 before Wilko gets the last 30 mins…

I’d love to see Maher back in the squad too.

Maybe Perry, Sawyers or even Makuna might be a bench option. I’d much rather have Kinsella at right back than disrupt the current central back three. Comley, Maddox, Earing, Perry could all comfortably come into a central two in midfield.

Mansfield have their fair share of injuries too - it is inevitable at this time of the season, so fresh legs might make for a more exciting encounter.

I see plenty of mistakes, goals and I also predict a penalty (who would take it in DJ’s absence, I wonder)…

I don’t think Makuna will figure.He was a substitute for the youth team only a week or two ago. I wouldn’t interfere with the back 3 .I think I would put Maddox in the right wing back position and I would have Comley and Kinsella in midfield .1-1 is my prediction.

Bring in McEntee as one of 3 Centre Backs with White moving to RWB. Taylor Allen for Gordon, Maddox and Comley for Kinsella and Earing. Knowles and Williams to start up front (Wilkinson could prove more of a game changer than Williams off the bench plus I also wouldn’t rush him back.

I think we’ll lose this one too. I had a bad feeling about Stockport although I hoped we would at least get a draw. Hope I’m wrong about tomorrow.
Happy New Year saddlers fans, let’s hope it’s an exciting one.

I know what you mean , I had a bad feeling about last night also but I must admit I feel more confident about tomorrow .

Sure MF will have had words with a few after the Stockport game and i’m sure the players will want to put that result to rights .

What wonderful options we have in DJT and Andy Williams.

I do t fancy this at all, no real options up top against a decent team

I’ll be there don’t you worry about that, a great opportunity before kick off to pay tribute to the great man. Although I will be slightly worse for wear after jubilant new year celebrations. Should be another bumper audience. 6,500+ to see the Super Saddlers start 2023 in style with a 3-1 romp.

Hope you’re coming In yellow and green as a tribute. He’d love knowing you did that.

Looking at the online sales it won’t be a bumper gate.

-A response to the previous result

-To play in red

I fear lf we lose tomorrow and Stockport in Cup the atmosphere will turn sour on the flip side win our next 2 then the positively will be through the roof especially with the possibility of a money spinning tie against one of the big boys with all the proceeds going in the transfer pot. Big week for us a loss could see us looking over our shoulders.

I think he sneaked off to the Wolves this afternoon. 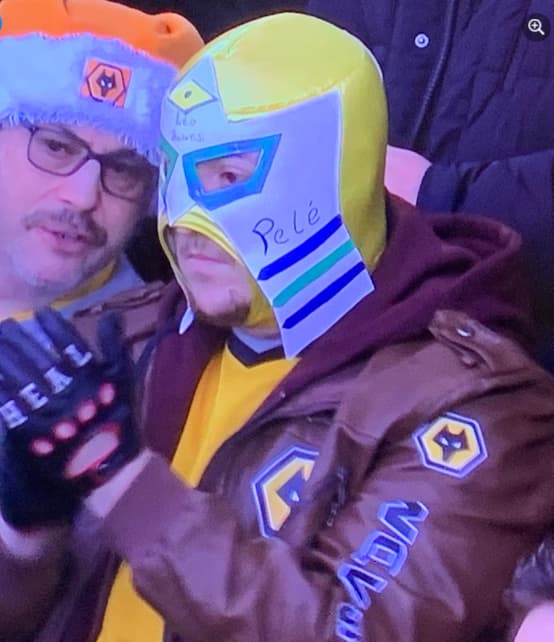 Them driving gloves are era appropriate too.

Was there a thread for lift-scroungers? Can’t see it.
Anyway, is there anyone driving to London after the game with space for a little un?

Like everyone else, hoping for three points tomorrow,
We have to seriously step up our game by attacking them from the start and fighting for the 2nd ball, if we do that all will be well.
UTS.