Welcome one and all to the beginning of the 2022/2023 League Two campaign!

Our first official league outing at the Poundland Bescot Stadium sees us face off against our old friends Hartlepool United following a mediocre pre-season in terms of results, but with a big turnaround of players that has left fans cautiously optimistic about our chances of success. More on us later, but now we focus on our visitors. 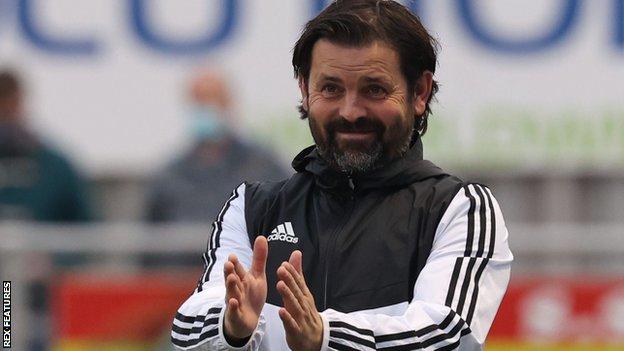 The Monkey Hangers arrive in WS1 with a new manger in the shape of Paul Hartley, an ex-Scotland international who moved to the club straight from his previous club Cove Rangers whom he led from the Scottish League Two all the way up to the Scottish Championship. Time will tell if he can transfer any form of that success into the English pyramid.

In terms of the off-season it has been eventful for the visitors off the pitch, with 12 departures and 11 arrivals. Of those 11 arrivals, perhaps not so surprisingly, 6 of them are from Scottish teams, but most recently they have signed our own Rollin Menayese on loan for the season after he was deemed to be surplus to requirements by Michael Flynn, and they’ve just signed ex-Aldershot striker Mikael Ndjoli from American side Virginia Beach. 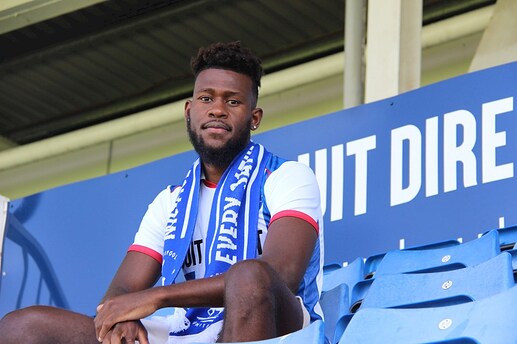 In pre-season, Pools have so far taken part in 4 games, beating Billingham Synthonia (6-0) and Marske Utd (3-0), drawing with Lincoln City (1-1), and losing to Blackburn Rovers (0-1). Their final pre-season game is on Monday against Sunderland before travelling to the wonderful sights of Walsall.

Now on to The Saddlers…

It’s all change since the end of the last dismal season, with Trivela Group taking control of the club from Leigh Pomlett, promises of the freehold being returned to the club, and further investment to come. Many fans have died and gone to heaven! There are a lot of cynics in the fanbase however (rightly so, given how things have been for many years), and many will be waiting to see if there really is any change at the club.

On the pitch, gaffer Michael Flynn has been busy. 14 departures, and 14 arrivals. A lot of last seasons squad have moved on for one reason or another and others brought in to replace them and improve on what was another poor showing last season.

Our new signings are: 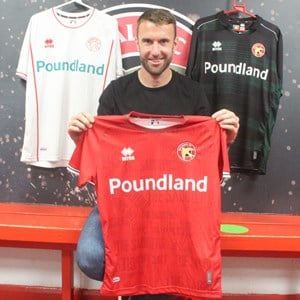 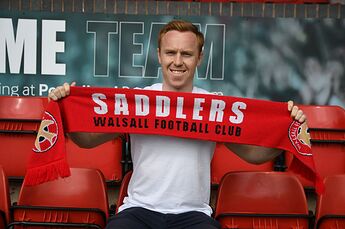 …and according to Flynn he is hoping to add more players to the squad before this opening game.

Pre-season brought about a mixed bag of results, but I think we were testing different formations and patterns of play out rather than showing fully how we are going to set up. The only game that shows any real indication of who our starting XI might be is the most recent one where we defeated Solihull Moors.

Heading into this game, what do you think the starting XI will be? I’d be surprised to see any changes from the Solihull game personally, barring injury, but you never know.

The most season tickets sold since 2004, new owners, high expectations from the fans, and volunteers to work with the SLO, what could possibly go wrong?

Here we go Saddlers fans. Get yourselves strapped back in for what will be a rollercoaster ride containing many twists and turns through the season, but one that will hopefully finish with some form of success at the end. 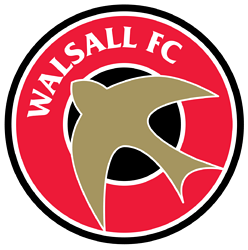 Departure is on Saturday 30th July, all aboard! Who is going to this one?

I’d always back us to start with a win at home. Hopefully we can.

Bloody excited though, I love the start of a new season.

Whatever happened to Poolie Kev?
Will he drop in here to give us his valued opinion on what the season holds in store for the Monkey Hangers?

No form to go on yet but based purely on signings and coaching team Hartlepool must be a game we look at at home and give them a dam good go.
Kind of game we would be favourites to win
1-0 shakey nervous first game of the season walsall win

Thanks Rob, that’s a great preview.

Cheers, thought I may as well start off well…

Whatever happened to Poolie Kev?

Don’t think he’s been back on here since we went to the new board? Might be wrong though.

Will he drop in here to give us his valued opinion on what the season holds in store for the Monkey Hangers?

I’ve asked @simon whether he can set a section up for me "Views from the Opposition’ so that in addition to the previews I write, we can have a bit of a Q&A with a fan of the opposition to read separately too.

Hoping for and expecting a win.

Be interesting to see the attendance for this one . Hartlepool will probably bring 800 or so . 5500 I reckon

Our last two Saturday games have seen us win 2-0, I’m going to go with the same result next weekend.

Same scorers as today aswell, one each for DJ and Andy

I can’t see anything other than a comprehensive home win DJ brace, 2-0.

@Andy_Petterson trying to be edgy by predicting Hartlepool? Or are you gonna have them to win in the Prediction League too?

On that note @JollyJohnny fixtures up soon?

Very sorry many fans have died but pleased they have gone to heaven.

@Andy_Petterson trying to be edgy by predicting Hartlepool? Or are you gonna have them to win in the Prediction League too?

On that note @JollyJohnny fixtures up soon?

Away at the moment but back tomorrow night so was planning to sort it all out on Monday.
Dont worry, i haven’t forgotten!

Good lad, it is one of the highlights of this forum

Gone for a draw, with the injuries and the massive turnover of players think it will take us while to get in some sort of stride, but come Dec/Jan we will be like a steam train. Possible this years Bristol Rovers.

I asked the question in another thread whether our remaining fit players can hold the fort until those on the physio table come back (hopefully no later than Christmas for any of them). Possibly another added today with Allen coming off early, anf MF making comments about struggling to fill the bench. So avoiding further injuries and/or suspensions is vital, as is finding the right formation and tactics to make the best of what we’ve got

If we can do that, and I have seen some green shoots to make me hopeful, then I think the full squad (even before any further additions before deadline day) are more than capable of making a fist of things.

Promotion candidates? Not sure but I think we should at least be in the mix come the final straight rather than looking over our shoulders again.

Next Saturday is not necessarily an indication of how we will do over the whole season but it should give us a marker of how MF intends to set up and whether these players are up to it. My biggest concern is our left flank when defending.

Cautiously predicting us to edge a close game - I’m hoping it is at least entertaining as not had enough of that over recent seasons.

At last we DO have what could be acknowledged as a ‘striker’ in our squad, so, I am quietly confident that this season at long last we won’t be looking over our shoulders at the bottom half of our league…can’t see us being strong enough to hold back the Stockport/Swindon/Salford triple attack on the auto positions, but being above half way for a change would be acceptable…but please give us a positive goal difference??
Saturday will be a 1-1 draw.