Reckon there’s a Twist to this story somewhere!

A bit like negotiations for signings at the club:

Fullarton offers threepence ha-penny a week with a bag of pork scratching thrown in as a goal bonus and the agent says sheepishly,

Some are the same as the chairman’s

I think we can all agree: we need never be ashamed of our teams.

Can see this getting messy when we get Pip-ped to our targets by other clubs, as usual, and we end up signing any old Joe!

How did Ash Taylor test positive for COVID (according to MT) on Saturday morning and then sign and play for Kilmarnock within 6 days?
Did Ash mislead Matt, or did Matt mislead the media?
Either way, whatever went on contributed to us losing against Stevenage.

My best guess if that Taylor was unhappy at Walsall, maybe for personal reasons, maybe because he felt that MT had sold him a pup or maybe even that he did not feel he was playing well enough. Whatever it was, I reckon Taylor himself made the running on this, fixed up a deal with Kilmarnock and then asked to be released from his contract. Rather than, as many on here are suggesting, MT saying “good riddance”, I suspect Taylor regretted the loss but, rightly, thought that it is better to get rid of an unhappy player than force him to stay. Though it may have crossed his mind that Taylor has not been the leader he wanted and was maybe on a good salary (for us.)

The fact that he was released early-ish in the window when we have a bit of a crisis at centre-back is strong evidence that Taylor initiated the move.

Regarding the covid, did we say when he was covid positive? Could have been the middle of the previous week, which means he would be available last night

I’m so bored of this whenever anyone says anything bad about the club after leaving. A soccer mom getting in a tisy because her 20 odd year old son isn’t getting to play enough with the other boys is not the same thing.

As for the COVID thing, whatever the case is Taylor told fans in the week he wasn’t available this weekend or last due to COVID. Nothing to do with selling centre halves and leaving us even shorter.

Someone is telling porkies about all of this. The thing now that worries me is that if it is the club how on earth can we believe anything that they tell us in the future? I know there are those in here who don’t believe or trust a word that comes out from the club anyway, but I for one under this new regime was prepared to believe in there attempt to be open and ‘honest’ with the fans.

It’s not losing Ash Taylor that bothers me, like probably all of us think, it’s the best outcome in the long run for Walsall. It’s all the clear deceit behind it that gauls and grinds with me now. If he did indeed have covid there is no way he would have been allowed to play for Kilmarnock last night as Scotland are far tougher with their own covid rules than down here in England. Looks like we have got our own Covidgate moment!!!

Is Sue Gray available to investigate?

I’d prefer Andy Gray - he could give Ash a Glasgow kiss!

Ash Taylor has done a far, far better thing…by relieving us of having to pay £2k a week for dead wood! Absolutely useless. Just look at the reaction of his fellow defenders for Newport’s 2nd goal two weeks ago - you’ll see what they thought about his contribution! 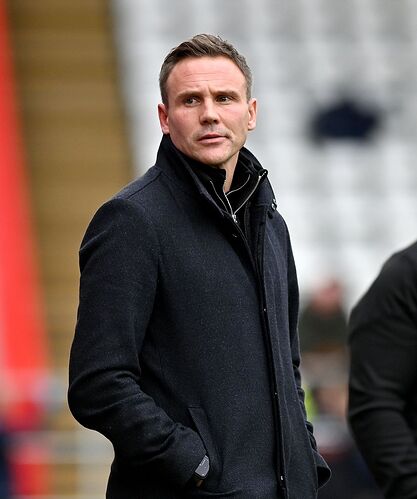 Matt Taylor: Nothing to hide in Ash Taylor's Walsall exit

Walsall chief Matt Taylor has clarified the circumstances surrounding Ash Taylor’s exit and says there is ‘nothing to hide’.

Interesting. It doesn’t quite explain why Matt Taylor said he wouldn’t be available for the Mansfield game on Thursday, after his PCR test.

Joe Edwards has been excellent as our E&S reporter so far, not afraid to ask the difficult questions and provide honest assessments of performances.

I’m a huge fan of Joe Edwards. To be fair the reporting on Walsall has improved dramatically since Masi took it over, starting comment pieces and the podcast but he’s very good too.