The Struggling Saddlers head off to Greater Manchester this weekend for a trip to Edgeley Park, home of our hosts, Stockport County.

Stockport County head into this game 17th in League Two, two places below us, after a poor start to the season for them in many people’s eyes, given that many expected them to walk into League One. Promoted from the National League last year, they are in their first season back in the EFL since they were relegated out of it way back in the 2010/11 season.

Given the concern that many Walsall fans share about being relegated to Non-League at some point in the near future, our hosts are possibly the club to look to as a warning as to how bad that might be. Looking into their recent history, The Hatters actually suffered another relegation into the National League North in 2012/13, and stayed there until as recent as 2018/19 where they won promotion back into the National League. Things were so bad for the club that they even went to part-time status from 2013/14 and incredibly didn’t go back to being a full-time club until the 2020/21 season! Now they’re back in the EFL, they certainly won’t want to be back there any time soon, and neither do we!

Our hosts are managed by Dave Challinor, who also got Hartlepool United back into the EFL in recent times. The first Saddlers game I ever watched featured this man, and he could certainly throw a long ball - Dave Challinor Long Throw. Challinor will be hoping that he can drag his team further up the table and push for the play-offs and beyond, and he will see this fixture as the ideal match to grab a win to put some confidence back into his squad.

Some of the players in their squad are undoubtedly danger men for us to watch our for should they all make the pitch including strikers Kyle Wootton, Paddy Madden and alleged one-time Walsall target, Conor Lemonheigh-Evans, and creative midfielder Antoni Sarcevic. 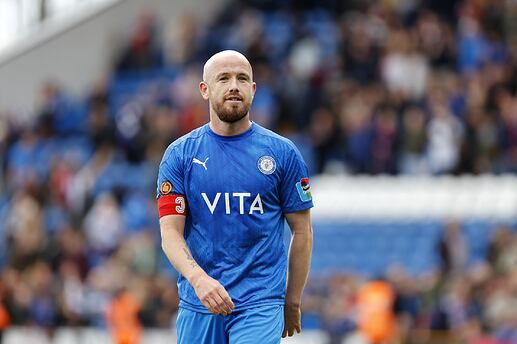 Walsall head into this game in what can only be considered a dire run of form now. Winless in ELEVEN games in all competitions, and winless in EIGHT league games. This leaves us in 15th in League Two, which even with a win in this game is a position we cannot go higher than. We are already 4 points away from 14th place, and we are now only 4 points off 24th place too, so there is much to be done by Michael Flynn and his coaching staff to start turning things around sharpish.

There are no fresh injury concerns in the camp at the time of writing, so based on those that we know are fit and ready to play, who would you start? I believe that Ronan Maher will be back and available for selection after a promising period away with the Republic of Ireland Under 19’s over the past couple of weeks, and anticipate a place on the bench for him. 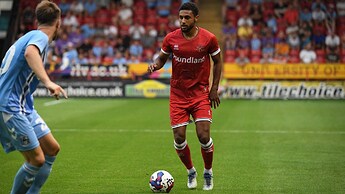 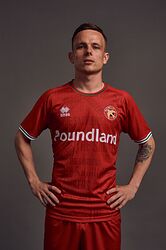 With us being away from home, do we start Comely and Kinsella together and go for the keep it tight approach? I’m sure this will be debated hotly…

The lads are going to be backed by over 600 travelling Saddlers with that number only set to grow in the lead up to the game and on the day, with us perhaps making close to a 1000 away attendance, which given the run of form we have had is spectacular. The fact the train strikes are in force that day may keep a few from attending, but if anyone has any spare spaces for other Saddlers then shout up in the ‘Cadge a Lift’ thread for this game here - Cadge A Lift to Stockport

What are you predictions for the game? Can we finally get the 3 points that have been evading us for so long? Or, are we heading into a winter of discontent in more ways than just the energy prices and the cost of living?

Enjoy the game, those of you that are going, and keep backing the lads.

I am going to this. My first away game in years. Going via daughters at Sandbach . Predicted a loss above. A narrow 1-0 is the most likely.

They’ve had a poor start despite swimming in cash. Will probably be viewing this as perfect start to kickstart the season. Oh for a midfielder like Sarcevic.

Got ticket and even got train ticket, but now had an e-mail from Trainline saying no trains. So despite having ticket I’m not even sure if I can get there

Even though Wigan and Stockport are both in Greater Manchester the busses are a joke. Be flipping annoyed if I can’t get there

I’ve got a feeling the loser of this will sack their manager. Huge game.

Looks like a bumper away audience in excess of 700. Terrific support given the recent run although Stockport is always an away day favourite.

Would snap your hand off for a point, Stockport haven’t really got going yet and some pressure on them given their budget so perhaps not the worst time to play them. Fully expect we will go with Comley and Kinsella to protect given the quality Stockport have in forward areas and hopefully we can nick something on the break.

given the quality Stockport have in forward areas

The quality that has so far managed to outscore us by a massive 1 goal in the 10 league games we have both played.

It annoys me when managers/fans/press build up opponents when lets be realistic, it’s League 2 and probably 12-15 or so teams are much of a muchness ability-wise.

I hope we are at least a little more attack minded as I worry about us when we go defensive or try to hang on to something as it’s clearly failed this season more often than the once it’s worked, at Newport.

We need an early goal. In several matches we have seen panic set in when we have not scored.

I reckon Johnson’s missed penalty was one of the most unfortunate events of the season so far.

There’s a Bolton-Stockport bus that goes via Trafford Centre. Takes forever but used to get off at Stockport and used it to visit a good mate who in those days lived in Didsbury.

Best bet is just to go Wigan-Manchester and then change around Piccadily Gardens as endless buses go to Stockport and then it’s just a short walk up to Edgeley Park.

Leave at 6am and you should just about make kick off.

Sarcevic is a very good player though.

Last time he was at this level he hit 7 in 32 for Bolton.

You put that type of player in the midfield and suddenly you can legitimately talk about top 7 as it just adds a proven dimension.

A goalscoring midfielder…nope, you’ve lost me there

It annoys me when managers/fans/press build up opponents when lets be realistic, it’s League 2 and probably 23-24 or so teams are much of a muchness shyte-wise.

Home from work in London later, will have a good look when I get home.

Hundreds of Walsall fans going yet again
Why do the club deserve so much love?

Why do the club deserve so much love?

I’ve got a feeling the loser of this will sack their manager. Huge game.

It’s way too early to start sacking managers.
Do we need another re-build, sack the manager then another re-build? We’ve had three since LP took over!
I hope your feeling is wrong.

Never any easy games though it’s one where we can end our winless streak. We desperately need some things to go our way, a good call from the ref, the bounce of the ball, our final ball finding the target and scoring more than one goal…something!
Sometimes during bad runs a little luck goes a long way, we haven’t had much of that lately. May be tomorrow’s the day.

We definitely weren’t going. We are now going.

Imagine the support if we actually knew how to win a game.