I’d sign him tbh if the price was right but not as our main or only striker, work on him and with the right partner he could score a few but also disturb defences creating gaps for others.
Very much a work in progress but with the right coaching I feel he could develop nicely

Would be a useful squad player, however his finishing is poor for a main striker - I give you Bradford and Colchester as examples.

That said, I reckon he could do alright with the right coaching, but I don’t think we have that at Walsall.

I’d take miller any day
We need 3 fit strikers pushing each other
We had lavery and Gordon before him and that’s generally the quality of striker at this level except for the top matts, Telford of the league
Miller is better than most I’ve seen play against us this year

I’m on the fence. Depends how Flynn wants to set us up. We could do better, but could also do a lot worse.
His salary expectations would be a key factor for me.

People bang on about the sitters he has missed yet fail to mention some of the decent goals he has scored this season plus him hitting the bar and post against Mansfield and Vale with a couple of potential goal of the season contenders. He’s not finished artical at all, wouldn’t be at Walsall otherwise but he has certainly had a decent season and would probably do a lot better next year in a hopefully better team

Amazes me that Walsall fans are turning their nose up at a 23 year old kid whose just managed double figures in a league two season to be honest. Obviously not the finished article, but I’d rather have him and his attitude in our squad than a lot of players I’ve seen over the last three seasons.

That is because some think we can attract more prolific players - i’ve seen Dom Telford mentioned a few times (never in a million years after his season).

Walsall Fan TV also mentioned Michael Smith, who was Rotherham United’s main striker this season as they won promotion to the Championship.

At this level you can always attract somebody better, I’m not saying he’s the best we can get.

You can also attract a Rory Gaffney much more easily.

I don’t think we will sign him and I wouldn’t be angry if we didn’t, but I wouldn’t be turning my nose up either. Put it this way, I reckon if we signed another 23 year old, with his record last season not named “George Miller” the people saying they wouldn’t want him would all be raving.

No I agree with you. Names like Telford and Smith are pipe dreams in our current predicament.

I think Miller, for all his flaws, could do well with the right players around him next season, IF we were to sign him.

Flynn likes him and he knows the club, but he’ll have far more lucrative offers on the table and unfortunately money talks.

Exactly. For what it’s worth I don’t think there’s a chance we sign him either. I think there would have been Chinese whispers by now, like there is with Shade for example.

People always want those ‘names’, whatever league we’re in.

I think back to the reaction when we signed Bradshaw, or even Sawyers on a permanent contract after his loan spell. Those who we least expect to make an impact, at times do. Those who come with prior reputation usually flatter to decieve.

For me, I just want to see players who are proud to pull on the shirt and will give their all every game.

Yep, couldn’t care less who they are, as long as they do a job.

Can’t think of anyone with a ‘reputation’ in the game who’s done well for us since, maybe, Joachim in 2005. 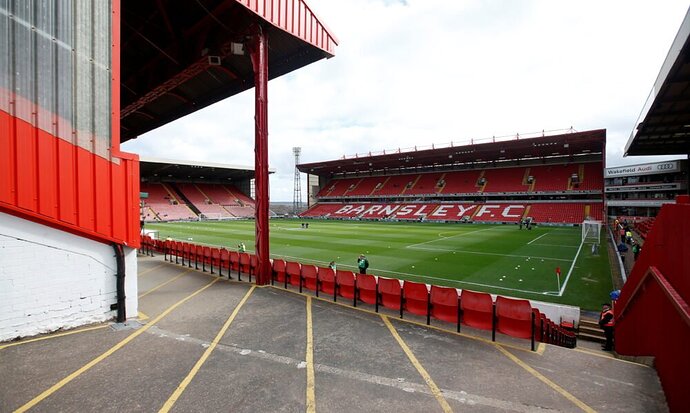 Bradford City are interested in signing Barnsley striker George Miller, a report from The Sun has claimed. Miller joined Barnsley back in 2019, and has so far made nine appearances in all competitions for the Tykes, though he has yet to score for the...

Easily capable of a league one move for next season and a decent club that won’t be struggling I’d guess.

He was the keeper who took Darren Wracks legs from under him when he was about to score in the AWS area final at The Den in 1999. The ref wasn’t brave enough to send him off and we missed the pelanty. I’m still annoyed after 23 years.

If Potter is pleased on how Rushworth progressed with us, then maybe he’d be willing to loan other players?

Yes, I hope so. Potter is a Brummie and so might have a bit of a soft spot for Walsall - let’s hope so. We’ve certainly been a very positive experience for Rushworth and he might pass this on to some of the other young players at Brighton: go to Walsall, play in a decent stadium and get some valuable experience - it’s a Win:Win.

Yeah I’m sure Rushworth will have nothing but good stuff to say about the club and the fans to any possible loanees. He really took to us.