Didn’t you reference it many hours ago, but only became offended just now?

Not how the genuinely offended usually react, but hey, you’re the psychology ‘professional’.

Hope you recover from the anxiety soon. The bitterness might take a while longer.

I was simply responding to Exile’s specific assertion that “we (Walsall fans) are better than that” in relation to the ridiculous DC/dog nonsense, by pointing out that on UTS, where he is a moderator, a poster - namely yourself, had been using the utterly pathetic DC wanking a dog picture as his avatar for circa 48 hours.

Doesn’t really matter the degree to which I’m offended personally, its the simple case that as a collective we will always be judged by the lowest common-denomitator -in this case you - So to fulfill Exile’s “we’re better than that” aspiration we need to extricate the “that” from the “we” one way or another.

You taking ownership of your pathetic, offensive input and apologising for it would be the best way, as we are afterall part of the same collective and we all make mistakes.
That said, other posters that have been banned for less may take another view.

I’m personally in the “that was embarrassingly shit but move on” camp as I said earlier.

Last word from me on it.

ast word from me on it.

Good. Both of you take it to messages, please.

embarrassingly shit but move on camp

Yes, it was interesting to drop in and have a look at the enormous multi-layered necropolis you’ve turned it into.

I’d have thought more of the bloke if he’d just came out and said it’s bloody hurt me that has it’s obvious there’s friction between us I wanted that win badly but fair play they did a job on us good luck going forwards instead of going round the houses and saying anything but he’s hurt and he’s shown it with his other responses massively.

Clarke had zero respect for the Club and the fans when here so anyone standing up for him seems bizarre to me. Let’s face it when you get a grumpy non-entity who has an overblown opinion of himself and his skills who then abuses the Chairman and the Club is it any wonder he gets pelters?
I still pinch myself that the Shanahans paid us compensation.
Compare that if you will to events in the last week when Sir Ray gets the hero welcome and even Deano is happy to come to the Event.
Also see the care and concern that Chris Nicholl has received in the last couple of years.
We may be a strange bunch sometimes but we give back exactly what is deserved.
I remember the game at Brentford when money focused Smith got the bird from us for his despicable actions in walking out on us after he had been well supported and looked after by the Club for years through thick and thin.

Saddlers’ fans have always respected loyalty from players and managers, and will give them their total support.
We’re old fashioned in the main, and expect folks to stick with the club despite it’s deficiencies, so when ‘bigger’ clubs come calling we’re quick to criticise if said players and managers walk away.
I recognise football is a short career, and folks want to better themselves, but in the case of Darrell Clarke I just saw a greedy selfish individual who felt nothing for our club, and so all the bad press he’s had in the past week is warranted in my view. I certainly don’t miss him, but similarly I can’t accept the vile libelous abuse some so called fans have given him. Let’s move on and leave the guy alone. He ain’t worth the trouble.

Your last point is spot on.Our club and our supporters should simply forget about DC and concentrate on the future.I think it is bright and the Clarke time here will be merely a “blip” in the history of Walsall FC.

Not sure if you meant the 12 months or was just using it for the pun but short terminism has been a major flaw for us, 3 yr deal for me and for a lower league player (knowing there will be no issues in being paid every week) should be a huge selling point.

Stick them in the bargain bin underneath the fluorescent drawstring bags!

Nooo that’s not real, is it?

Someone has to be on the wind up? 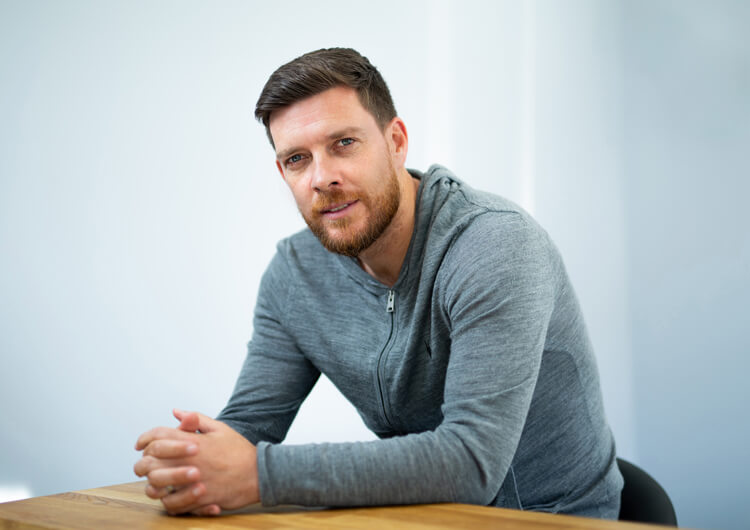 Port Vale manager Darrell Clarke on his coaching journey, from bringing Salisbury back from double relegation to successive promotions at Bristol Rovers

I don’t disagree with most of what you say there. I fully expected for him to get some stick. If you look at what Dean Smith got it was pretty much a bit of booing and one song " Sean O’Driscoll’s Barmy army F*** off Dean Smith" Enough to show disapproval without crossing the line. And in fairness to Smith he did come over and clap our fans at the end.

There are so many ways we could have had a dig at Clarke without resorting to the kind of chants we heard the other night. It just felt a little embarrassing on our part to me. On a human level, no one really deserves that. I have made plenty of mistakes in my life and been called a C*** and worse many times, you take it on the chin and move on. I’m not sure I could do the same if someone was saying those kinds of things about me. Of course, football is an environment more open to different kinds of abuse and I have been no saint over the years but this didn’t feel right at all to me.

The opening of the article:

"I kept the posters in a draw.

They had a picture of my head on them, with the words “Clarke Out” written in thick black ink. Someone had put a load of them up all around the training ground."

F*** me it’s like the start of a Netflix trailer!

I’m so glad he’s not our manager. It’s Dean Saunders level of embarrassing.

The “Darrell’s at the wheel” chant was inspired. It really hit the spot of us taking the piss out and laughing at him.

The other stuff did us no favours. It allowed people to dismiss us as being nasty and vindictive. I fail to see what those chants were supposed to achieve. 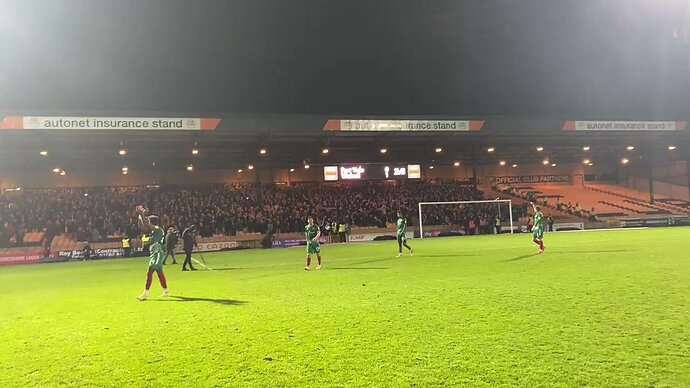 I’m not ashamed to say it I’ve watched Matt’s reaction got to be over 50 times and you can hear him screaming to us “come on” and us getting louder then he gives us 4 loud fist pumps and we duly obliged with 4 huge cheers I love the man’s passion it’s infectious and I am struggling to think of another manager we’ve had that I’ve wanted to succeed as much as Matt.