Who would you want to keep for next season?

Honestly think he’s a stick on to go to Vale.

Perhaps even a lower end league 1 team will take him, Burton were strongly linked last year so on a free they could be tempted.

Folk keep mentioning Holden, it’s nailed on that he will be elsewhere come June, if not Fail probably a lower 3rd Div team, he is the ONLY player on Walsall’s books that any other team in the EFL would be interested in.
Sorry Peel, think you are wrong about Ozzy, he would flourish in this Division, however we are run by Marley & Marley from the 19th Century so it will never happen, even though it would instantly sell quite a few hundred season tickets to see him back in a Walsall shirt…just imagine an attacking midfielder…would be such joy to behold

Yeah that’s what the Bristol rovers chairman got told when signing him this season, he will do well In this league he’s proven.

[quote=“el_nombre, post:494, topic:6133”]Its like comparing an Aston Martin to a Ford Mondeo. I have seen what Oztumer can do over a sustained period.
[/quote]

Aston Martin have just had their worst year for ten years !!!

Their worst or their lowest, we need to ensure we get that right otherwise we will be debating it for the next 500 posts

I’ve never bought one that’s been any good

Are you seriously saying they are comparable players?

Rose, Norman, Melbourne (if we can keep him after the loan), Sadler (still as player coach obviously, has shown that he can step in when needed), Kinsella, Bates, Perry, Holden.

I’d still go with this from March. Even our very slight improvement by winning a game of 4th division football hasn’t changed my opinion on anyone else.
I’d maybe consider taking Melbourne out actually if anything.

Going to be an interesting release retain list as the club have admitted we need a overhaul and our players are all little children. 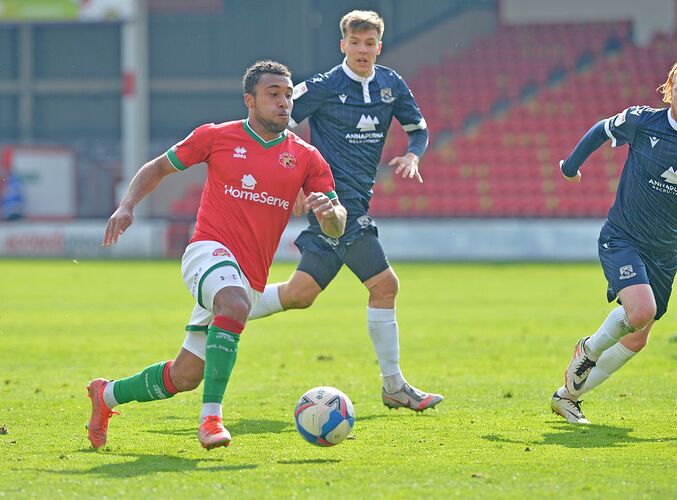 Wes McDonald insists he is not the 'finished article' and is still learning on the job at Walsall.

I admit to being sold by his earlier performances last season. He dipped badly after Christmas and has never really recovered. Disappointed really because I like his style as a player. It’s not always popular (and I do think some of his critics go over the top) because he gives very little going backwards but he’s the sort of player defences (should) hate, who can turn them on a six pence or cut inside and curl one top corner. He simply doesn’t offer enough all around though when he isn’t doing that.

I’d be fine with any member of this squad being released really and he doesn’t buck that opinion.

He’s a been a real disappointment this season, he should have been far more influential than he has been. Summed up for me in one evening match mid-season at Bescot, can’t remember the opposition: the ball was passed to him, he collected the ball just inside his own half near the left touchline with no opponents anywhere near, and his first reaction was to do a step over. Not one opposition player within 20 yards.

Wes is brain dead, utterly thick to keep playing the way he does. He can learn on the job somewhere else. Wont be missed by me.

Wasn’t Wes another one who’s contract previous to his current one was expiring and he threw a few really good displays in including a screamer of a goal I seem to remember then got a new deal and all of a sudden turned into the Wesley McDonald we witness today??

Is McDonald still under contract?

No expires in June mate.

Runs down far to many blind alleys for my liking and his crossing ability for a winger is atrocious. One game in ten isn’t what is needed, move him on.