One of the hardest working forwards I’ve ever seen and I know they press from the front in todays game but he was well ahead of this generation of forward players as regards closing down and really grafting for 90+ minutes of a football match.

We currently have a grafter up front @Scooby2167 Unfortunately, right now, he can’t hit a bar door with the proverbial banjo!

Quite ironic, then, that we have Mansfield on Saturday, the team that Miller scored a brace against (nearly a hat-trick!) on his debut for us.

With White, Khan and Menayese too, it’s all set up for a big game.

Lose and our season fizzles out; win and the hope starts to return; a draw stops the rot.

A big week on the training ground ahead, methinks!

Not sure what you mean by rot, however for me a draw just signals the start of another 3 game cycle of W1 D1 L1.

Draws can help to build momentum and unbeaten runs strengthen confidence. Right now, a clean-sheet would almost be more valuable than another 3:3 because promotions are built on great home form and decent away form, usually.

If we are going to get near to the play off positions, we have to get in and around the hunting pack. Win v Mansfield and we are level on points (even though they will have two games in hand on us).

January is a time to make a push but results like today won’t help to attract loanees or convince players like Khan that they should be investing the peak years of their career to this club.

Covid doesn’t help and the loss of Taylor and Monthe would unsettle most teams (imagine the majority of teams losing 2 if their 3 regular CBs and the cracks start to appear).

This might sound harsh but there are players that need to step up and grab the game by the scruff of the neck. Players like Labadie, Wilko and even Khan need to start showing their calibre. Labadie needs to pitch in with the odd goal because I thought that he would be bossing midfield; instead he’s a yellow card waiting to happen and is yet to break his duck in terms of goals for the Saddlers.

That is what I mean by ‘stopping the rot’: Carlisle away was an awful result but today was possibly worse, given the rise in expectation levels following the euphoria of last week’s dramatic scenes.

If we are going to get near to the play off positions, we have to get in and around the hunting pack. Win v Mansfield and we are level on points (even though they will have two games in hand on us).

Unfortunately this is where we will fail. We have taken 12 points from teams currently in the top 10 from a possible 27. If you throw in a further two defeats and a draw in 90 mins from two PPJ games & an FA Cup tie our record is poor.

Agree with all of this. Was thinking on the way to the ground, if Pomlett really thinks we are playoff contenders and should be 6-7 points better off, then today was the day to lay a marker in the sand. Granted the Xmas schedule has been severely disjointed, but coming off the back of the Colchester result, we should have been looking to break the monkey of successive wins and usher in 2022 with some sense of hope and momentum. Newport, a team that has been up there in the division over the l…

I posted this after the Newport game as I couldn’t get excited about a last minute winner as it cemented in my mind that we are miles off sustaining any attempt at exiting this league through a play off position let alone automatic promotion. Win, lose or draw against Mansfield, in my view it won’t have a drastic impact on where we will finish. As I said before it just starts the 3 game cycle. I wouldn’t put it past us to beat Mansfield away, draw at home to Exeter and then go and lose at Bristol Rovers such is our form.

It depends if we get a striker in @WeYamTheMods

I honestly think that Phillips has had ample opportunities and Miller, to a lesser extent, has obviously gone off the boil, in terms of converting the chances that have come his way. Granted, it is confidence; however, Wilkinson should have been licking his lips today but it just never really looked like happening today.

Call me naive (or blindly optimistic) but I’m still intrigued by the possibility of Kyle Joseph at Swansea. Strong rumours are that Pep is keen to loan out James McAtee (and possibly even Liam Delap) to a team that ‘play the Man City way’: i.e. Swansea.

If that happens, Joseph could be back on the cards (having chased him and Isaac Olaofe in the summer, as I’m led to believe).

Sign Joseph and he’s the closest thing that Walsall fans will get to Tom Bradshaw Mark II: he plays like him and even looks a bit like him!

The sticking point may well be the fact that Martin is now the gaffer.

The interesting thing about Olaofe is that Rowett promised Walsall ‘a favour’ (after Kory Roberts’ injury, whilst Stoke manager) and I know that he thought very highly of Cuvelier when he was at Burton. You never know, the Millwall manager might be able to do us a favour this transfer window. After the imminent departure of Jed Wallace, I can see someone like Jack Earing being on his radar so stranger things have happened…

Unfortunately this is where we will fail. We have taken 12 points from teams currently in the top 10 from a possible 27.

To expand on that, of our 7 league wins, 3 (Stevenage H, Colchester H, Oldham A) have come v teams in the bottom 4 so we have won only 4 games out of the 18 we have played against teams in 1st-20th places.

Elijah just scored again for Luton - turned in the D and shot low into the goal.

I wonder if there may be some action in January for him. He’s doing his profile no harm at all!

Whenever I see Ade in a Luton shirt, Luton’s sponsor always makes me smile… 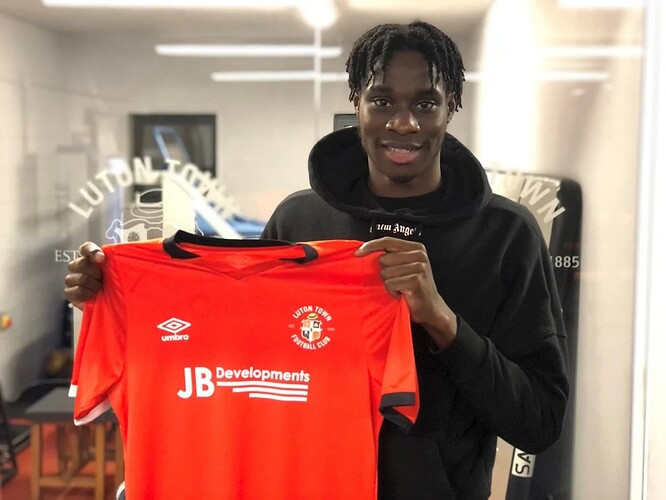 Wes McDonald on the bench for Morecambe at Spurs now.

Wes McDonald on the bench for Morecambe at Spurs now.

Didn’t get a look in at all despite bringing on 4 subs. He hasn’t started for a while now so wonder if he is a little out of favour or returning from a knock.

Whenever I see Ade in a Luton shirt, Luton’s sponsor always makes me smile…

Super Tommy Bradshaw has signed an extended contract at Millwall, until the summer of 2024.
I’ve always thought a player STB reminded me of a lot was Neil Harris, so I would imagine they really like him at The New Den.

Ash Taylor is at Kilmarnock. 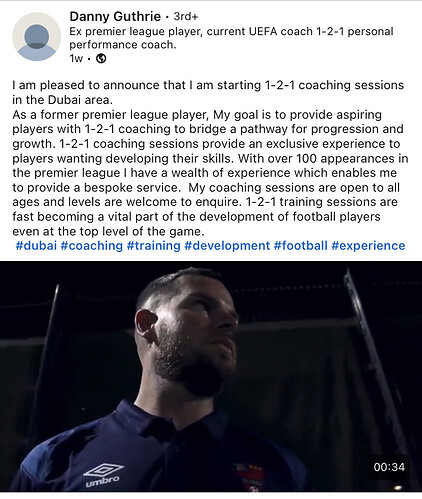 Needs a proofreader but good on him.